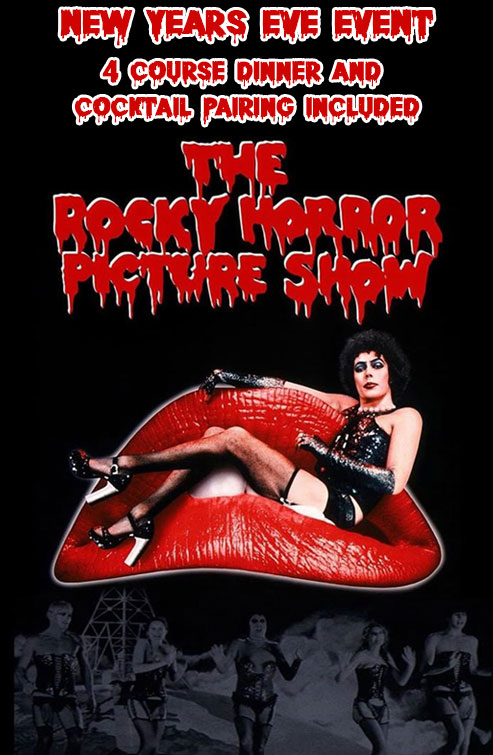 Movie Description:
While driving home during a rain filled night, straight-laced lovebirds Brad Majors and Janet Weiss end up by chance at the castle of one Dr. Frank-N-Furter and his strange and bizarre entourage, and find that he’s having a party. This is no ordinary party, no ordinary night. This is the unveiling of the doctor’s latest creation: Rocky Horror, a man-made Adonis that will give absolute pleasure. Over the course of the night, Frank seduces both Brad and Janet, Janet and Rocky become biblically involved, and Dr. Everett Von Scott arrives looking for his nephew Eddie (whom Frank killed earlier in this film). This is an exceedingly grand visual and musical camp satire of the golden days of the B-movie horror and science-fiction genres. Projected along with a musical soundtrack to give audience participation a new meaning in dimension, time and space, this shall be a night that both Brad and Janet will remember for a very long time in the sexually kinky, rock ‘n roll